Zascandil has come to stay. José Luis Camacho, after 18 years in El Candil and with more than twenty years of experience in establishments such as Casa Zabala, Marchica or Las Delicias, has embarked on a new gastronomic adventure in his most personal project, Zascandil. 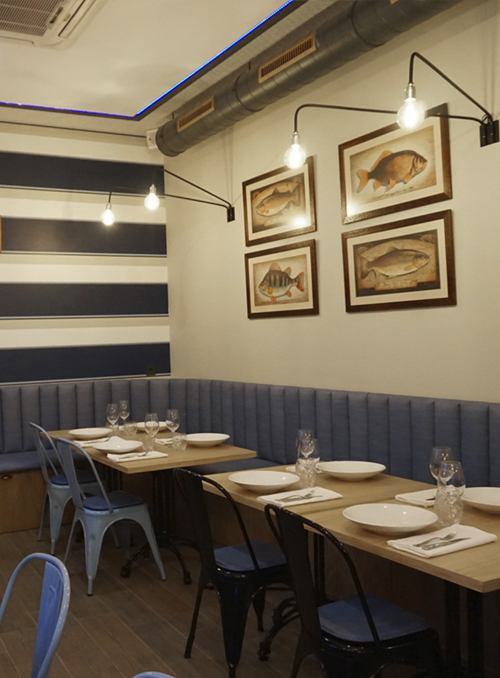 Since last May, Gijón has had a new product restaurant, an authentic seasonal gastronomy, where the raw material is the one that marks the calendar in the kitchen.

Tasty cuisine is the concept that Camacho has designed for Zascandil.
The Restaurant, a seafaring ambience where you can taste the best dishes of the season, from the orchard or the sea but always from small producers. Proximity and quality forge the character of the "Tasty Cuisine".

In its menu we find renovated classics where taste is the common denominator in this place located in the central district of "El Carmen".

Among the specialties of the house the cook has wanted to leave a space to honor historical restaurants in the city. It recovers elaborations such as the turkey thighs of Casa Mercedes and the classic prawns with the Tivoli gabardine.

Zascandil has original proposals for both day and night to enjoy its tasty cuisine, as well as a careful selection of wines, with 50 references ranging from 12 to 29 euros, the limit that the owner has wanted to mark to take care of the pocket of their customers.

It stands out for:
Its two environments, more informal at the front with high tables, sausages, cheeses and wine by the glass.

Wines from five countries, and as a local wink Cangas wines and brut cider.